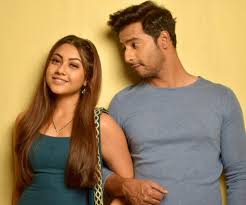 Malhar and Kalyani's love is haunted by evil Atharv and this time he had crossed all limits.

Atharv force Kalyani to marry him and here Malhar is super irked to see how Atharv has crossed all limits.

Atharv agrees but puts a condition that if Malhar will be defeated then he will himself get Kalyani married to him.

Kalyani is shocked and asks Malhar to not lose this challenge as she don't want Atharv to win and things get against them.