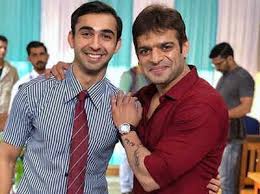 Raman catches Karan's truth that he was helping Muskaan against them and was supporting her.

Raman thus bursts at Karan and tells that he has expected this from him, as a brother who can conspire against his own brother Rohan then he can do anything.

Raman bursts at Karan while here Karan finally ends up bursting at Raman and tells him that Yug whom he is considering his son is Yug and also his puppet.

Raman is shocked to know that Yug is also his puppet and thus bursts at Yug and tells him that once Aliya will get fine he will throw him out of his family and life.

Stay tuned for more excitng updates of the upcoming episode only on latestgossipwu.com