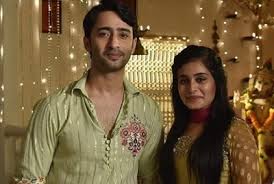 The episode starts with Mishti looks at the jhanki being spoiled, Nidhi says that Ketki must have done this.

Kuhu confess that it had happened because of her, Kunal asks Kuhu to get ready for interview.

Mishti asks Kuhu to go as she will handle it, Kuhu and Jasmeet are puzzled that Mishti didn't shout at her.

Mishti and Varsha tries to set the jhanki right but Varsha is tensed, Rajshri calms her down.

Vishambhar comes with new jhanki and sets the things right, here Abeer gets Kunal ready and praises him.

Abeer tells Meenakshi that he has a plan and wants to do a program, here Abeer and Mishti turns radha krishna.

Abeer and Mishti performs and Kunal asks Kuhu to come for photoshoot.

Abeer and Mishti's photo appears on cover page and Kuhu is in tears and curses Mishti.