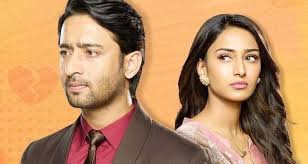 Dev and Sonakshi's life seems to take new turn and here they have got Ayush home.

Suhana is much affected by Ayush's presence and how Ishwari is ignoring her and keeping track of Ayush.

Suhana even questions Dev and Sonakshi over Ayush while they manage to handle her.

Here Dev is upset with Sonakshi's behavior towards Ayush and realise that Sonakshi is acting cold.

Dev questions Sonakshi for her such behavior, while Sonakshi has her own reasons as she needs to be with Suhana as well.

Sonakshi tells Dev that he and Ishwari are after Ayush and someone is needed to take care of Suhana as well.

KRPKAB 3: What! Ishwari refuses to accept Suhana as part of family