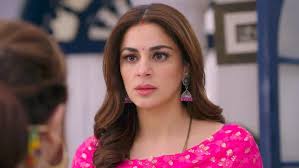 Preeta and Karan are stuck badly and here Preeta is trying to save Karan and now she has hand over Akshay's phone.

Preeta saves the phone from Sherlin's steal idea and now she checks it and finds Sherlin's number in Akshay's phone.

Preeta now digs out truth to find that it is Sherlin who has killed Akshay as it has a recording.

Preeta thus realise that Karan was right and not Mahira but Sherlin is the real murderer.

While Sherlin and Prithvi are planning to trap Mahira in this so that Sherlin can be saved while here Preeta knows truth.

Preeta now gets in action to get to the root and get proof to prove the truth in court and prove Karan's innocence.