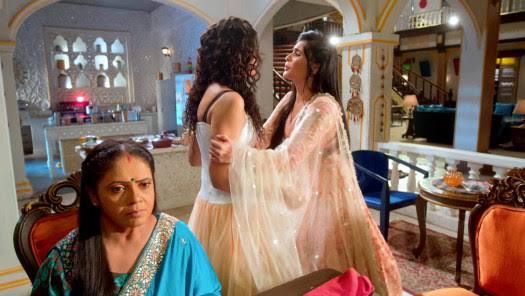 Kuhu agrees for surrogacy, Abeer, Mishti are shocked and knows that Meenakshi had influenced Kuhu.

Abeer asks Kuhu to rethink as it's not a small decision which she can take just for instance.

Here Abeer and Mishti gets a shock as Meenakshi cancels rgeir adoption process and it is new trouble for them.

Abeer and Mishti had to come to the decision that they will take Kuhu's help.

While Mishti very well knows Kuhu and thus doubts her intentions behind this surrogacy and is not sure.

Abeer consoles Mishti and assures that he will make sure of everything, stay tuned for more exciting updates only on entertainment news website latestgossipwu.com