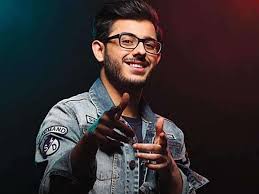 Colors is coming back with its most controversial reality show Bigg Boss.

Bigg Boss is returning with new fun and twist this season, many big names are coming forward.

Makers are trying to match the popularity of last season and here major dhamaka and drama is awaited.

While the latest buzz is that YouTuber CarryMinati is also making entry this season.

It was reported by some websites that CarryMinati aka Ajey Nagar is being quarantined in a hotel in Mumbai.

In a recent live session on his channel Carryislive, CarryMinati aka Ajey Nagar bursts rumors.

CarryMinati tags these as rumors which aren't true and clarifies that he is not going in Bigg Boss.

» Bigg Boss 2020: These celebrities backed off from being part of the show