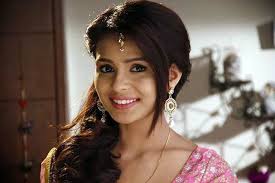 Sonal is a well known television actress and model.

She has been part of many television series like Police Factory telecasted on Sab T.V, Shastri Sisters on air on Colors T.V.

She has also featured in television series like Dil Dosti Dance and The Buddy Project telecasted on Channel V.

She is currently very famous for her television series Yeh Vada Raha in which she is playing a role of a simple middle class girl Survi against Ankush Arora.

Kartik (Ankush Arora) agrees on the decision of Bindu stayin...

YVR: Survi suggests Kartik to send Bindu to her in-laws

Parth to be seen as the male protagonist in & TV's upcom...