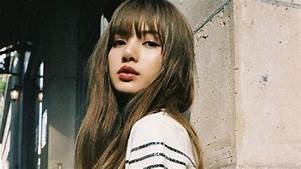 Lisa Acknowledge Pranpriya Manobal (which she changed to Lalisa) was born on 27th march 1997 in Buriram Province, Thailand.

Lisa is a thai rapper, dancer and is a member of a south korean girl group Blackpink which was formed by YG entertainment.

Lisa made her solo debut with her single album lalisa followed by money. Both the mv,s reached heights in youtube over the days.

She follows a regime for fitness and to stay in shape.

Lisa uploads her coolest pictures along side the eiffel tower in denim.

Lisa has the most followers on instagram while comparing with any other korean cebrity.