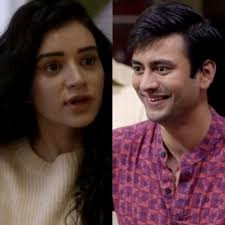 Sony Entertainment Television is coming up with all new show and a different storyline.

Sony TV is well known for bringing in new story and new drama and always try to think out of the box.

Sony TV is thus coming up with new show named Story 9 Months Ki, which is going to be based on modern lifestyle and parenthood.

The star cast to be part of the show are

This show is going to be completely different from the older shows on television and will focus on IVF as way of parenthood.

In-vitro fertilization as the way of parenthood is yet not much talked on television and now the show is going to break all myths.

Sukirti Kandpal will play character of Alia Shroff who is a well established women who has everything in her life and is a modern day women with modern thinking.

Alia will plan a baby and decides to choose this way of living and is of view that she needs no partner to have a baby or for stability in her life.

Alia now searches for a donar, here Alia will cross ways with Sarangdhar Pandey who will be a budding writer and struggling in his life.