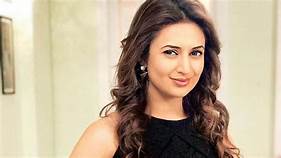 Divyanka Tripathi is a popular Indian actress who initiated her career as an anchor in Akash Vani Bhopal.

She participated in Pantene Zee Teen Queen in 2003 where she won the title of Miss Beautiful Skin, in the year 2004, she participated in India's Cine Star Ki Khoj and declared as the winner over there from Bhopal Zone.

She started her TV career with a telefilm for Doordarshan but got fame with serial Banoo Main Teri Dulhann for ZEE TV, followed by a horror serial on star Plus called "Ssshhh.....Phir koi hai", "Mrs. & Mr Sharma Allahabadwale" and "Yeh Hai Mohabbatein".

She dated performing artist Sharad Malhotra, her co-performer from Dulhan.

While later in 8th July, 2016 she got married to her co-actor Vivek Dahiya which is an arranged marriage setup.

Divyanka is currently part of Yeh Hai Mohabatein where she plays Ishita Bhalla and is paired opposite Karan Patel.