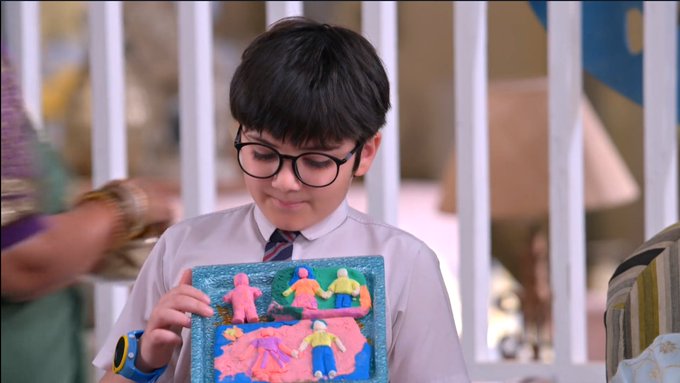 Ghum Hai Kisikey Pyar Mein is One of the Most Popular Shows of Star Plus. The Show Manages to be on Top Every Week and the Popularity Doesn't seem to go Down Any Sooner with the Attention the Twists Keeps Getting.

Recently We have Seen that Sai tells Usha that she is excited to get her Son Back to which Usha gets worried seeing her soo Excited.

However Usha asks Sai whether she thinks that Virat has told the Truth to Pakhi to which Sai tells her that she has given the Time to Virat and he has no choice but to tell the Truth.

The Story takes an Interesting turn when Sai tells Usha that she will do Anything to get her Son Back. She starts Renovating the Room for him.

Savi gets confused with Sai's Behavior and asks her about it. Sai tells her that Vinayak will soon come to her to which Savi questions her.

In The Upcoming Episodes We Will Get To See that Vinayak Blames Sai for Shooting Pakhi after the Drama. He Starts Hating her for No Reason.

GHKKPM: Pakhi shoots herself in fear of losing Vinayak curse...