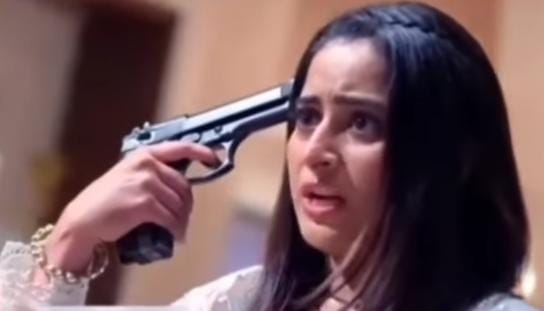 There Savi gets confused thinking why Sai is doing all of that. Sai says it's for Vinayak to make the latter happy when he will come to stay here.

There during Art competition Sai looks excited for Vinayak and she also brings banner for the latter.

Pakhi gives caps to Chavans to show special support towards Vinayak but Sai also takes one from her.

Pakhi thinks why Sai is doing extra for Vinayak and not doing the same for her daughter.

Meanwhile Virat gets afraid thinking the deadline will be over in some time and Sai won't stay calm after that.

He takes Sai aside and tells her that he tried telling the truth to Pakhi but she is not in that state to accept the truth.

Pakhi overhears their conversation and finally learns Vinayak is Vinu.

Later an insecure Pakhi points gun at Sai to shoot her and the latter asks her to stop blackmailing her.

Pakhi then shoots herself which stuns Sai and Virat both.