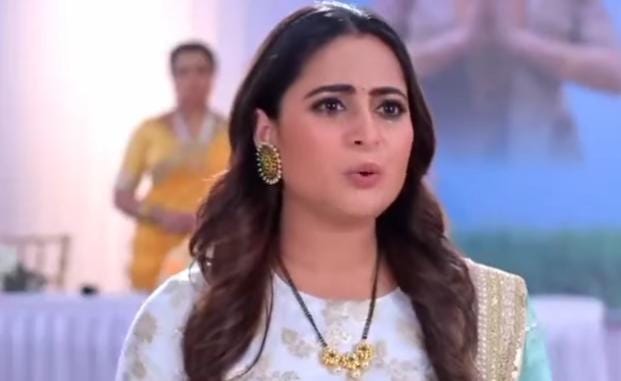 In current track Virat learns from Pakhi that someone threw a suspicious letter to her and she also saw a shadow.

Virat says he will tighten the security to prohibit any stranger's entry.

Later Bhavani takes them to a function where she gives speech about women and gets praised by the audience and the Sangathan Mandali.

Meanwhile Pakhi faces criticism by those same ladies and Chavans take a stand for her.

Pakhi speaks up for herself

Pakhi also shares her views and adds that her one flaw doesn't make her weak and she loves Vinayak more than his own mother.

There Sai makes arrangements for welcoming Vinayak in her house.

Virat feels Pakhi is overly attached to Vinayak now and it will be hard for him to convince her that Vinayak is Sai's son.

During the art competition Sai shows support towards Vinayak and kind of ignores Savi's efforts.

Savi feels bad about it and later Pakhi provokes her saying her mother doesn't love her the same.

Pakhi feels by doing this Savi will ask for Sai's attention more and Vinayak will get rid of Sai's interference.