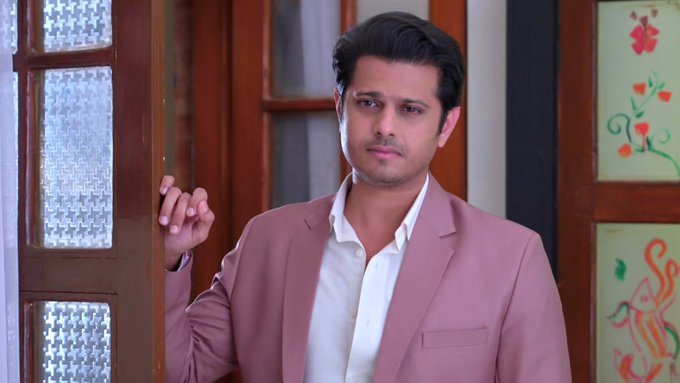 In the Upcoming Track of the hit show Ghum Hai Kisikey Pyaar Main the drama is going to intensify with many interesting twists and turns. The show is gearing up for high voltage drama.

Recently We have seen that Virat tells Pakhi that he wants to have a talk with her to which Pakhi looks at him but then agrees to go with him.

However Pakhi excuses herself from Vinayak and asks him to make it while she asks her Virat as to why he has disturbed her moment with Vinayak.

The Story takes an Interesting turn when Pakhi confronted him for ruining her Happy moment with Vinayak and asks him to tell her what he wants to say.

Pakhi notices a shadow there and someone throws a letter wrapped around a stone. She decides to Open it to know what is Written in it.

In The Upcoming Episodes We Will Get To See that Virat takes a Crazy Step as he Brain Washes Vinayak against Sai with Twisted Facts as he don't want Pakhi to be Hurt.