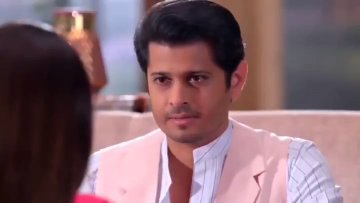 The Drama Ghum Hai Kisikey Pyar Mein is soon going to witness highly intensified Drama and the show is gearing up for many interesting twists and turns.

Recently We have seen that Virat remember about Sai and her Warning that she will expose the Truth hence he decides to tell the Truth to Pakhi before it's too Late.

However Virat tells Pakhi that he wants to have a talk with her to which Pakhi looks at him but then agrees to go with him.

The Story takes an Interesting Turn when Pakhi excuses herself from Vinayak and asks him to make it while she asks her Virat as to why he has disturbed her moment with Vinayak.

Pakhi lashes out remembering about Sai Leaving the house and tells him that Sai has ruined everything because of her Ego.

In The Upcoming Episodes We Will Get To See that Sai Requests Vinayak to call her Mother gets Heart Broken as he denies to do so and tells her that she is not his Mother.