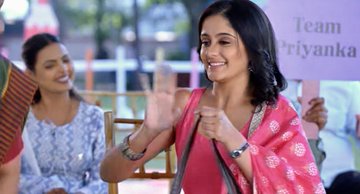 Recently We have seen that Pakhi gets worried about the letter while Virat is desperate to tell her the Truth so that they don't have to go through any Heart Break.

However before both the things happen, Vinayak comes there and takes Pakhi with him as he wants to click a Picture with them.

The Story takes an Interesting tirn when Vinayak sets thr Timer but then he gets the call from Sai hence he stops the Timer while Pakhi gets Furious.

Sai asks Vinayak how is everything and then tells him that she has called him to hear the noise of his House to which he gets confused.

In The Upcoming Episodes We Will Get To See that Sai Accuses Pakhi for Snatching Vinayak from her after the Truth is Out while Bhavani gives a Hard Slap.