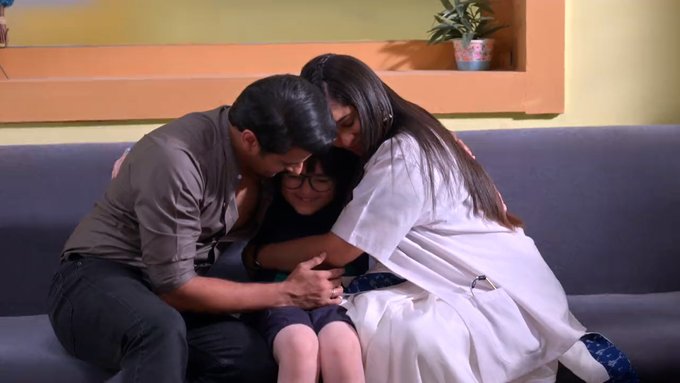 Ghum Hai Kisikey Pyar Mein is One of the Most Popular Shows of Star Plus. The Show Manages to be on Top Every Week and the Popularity Doesn't seem to go Down Any Sooner with the Attention the Twists Keeps Getting.

Recently We have Seen that Virat gets Happy seeing Vinayak and Pakhi Happily enjoying their Time Together. He admired them.

However Virat remember about Sai and her Warning that she will expose the Truth hence he decides to tell the Truth to Pakhi before it's too Late.

The Story takes an Interesting turn when Virat tells Pakhi that he wants to have a talk with her to which Pakhi looks at him but then agrees to go with him.

Pakhi excuses herself from Vinayak and asks him to make it while she asks her Virat as to why he has disturbed her moment with Vinayak.

In The Upcoming Episodes We Will Get To See that Sai decides to Teach the lesson to Pakhi for humiliating her and turns Selfish to keep Vinayak with her.