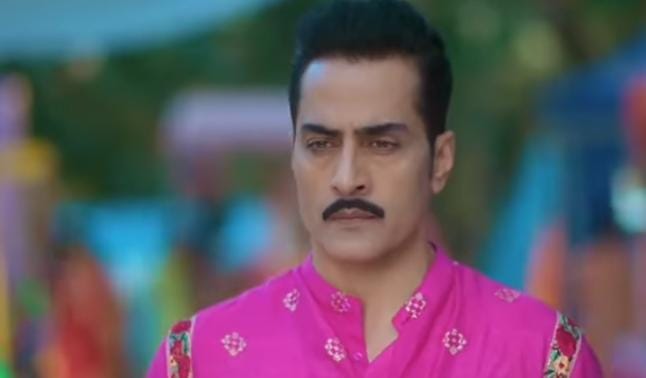 Star Plus most popular show Anupama will witness a shocking twist soon.

In current track Kavya shoots for the Sweet Drift ad which is launched by Maya.

Mohit loves her performance and calls her as queen.

Vanraj feels jealous seeing his support, there Dimple cries over Leela's harsh words towards her.

Anupama comes and consoles her saying though they should speak up against the wrong thing but they should stay calm at the same time.

Samar tries to cheer Dimple up. There Anu is eager to fly a kite with Maya and she gets upset when Maya doesn't appear.

Anuj and Anupama ask her if they both are not that important for her. Anu says surely they are.

Later Vanraj gets shocked on knowing Paritosh's another stupid and he scolds the latter.

Later Vanraj takes a decision for Kavya that she won't continue to work with Mohit.

Kavya gets into a fight with him saying she won't stay in Shah House if Vanraj stops her from following her passion.

The drama is going to intensify in upcoming episodes. We don't want you to miss it.

For more such news stay tuned to this place.

Anupama: Anuj Grows Suspicious of Maya Decides to get to the Root of the Truth

Anupama: Anuj Grows Suspicious of Maya Decides to get to the...

Anupamaa: Anuj and Anupama on the Verge of Loosing Everything Leela Excited

Anupamaa: Anuj and Anupama on the Verge of Loosing Everythin...

Anupamaa: OMG! Maya Revealed to be Anuj's Obsessed Past Lover has No Relationship with Anu

Anupamaa: OMG! Maya Revealed to be Anuj's Obsessed Past Love...

Anupamaa: Maya to keep an Horrible Condition forward to let ...

Anupama: Leela is to be Left Alone in the End for Deeds Anupama to become SAHARA

Anupama: Leela is to be Left Alone in the End for Deeds Anup...

YRKKH: Abhimanyu's Ego gets Hurt decides to Teach the lesson to Akshara

YRKKH: Abhimanyu's Ego gets Hurt decides to Teach the lesson...

Anupama: Anuj and Anupama decide to Bring Maya Truth Out does the Huge Planning