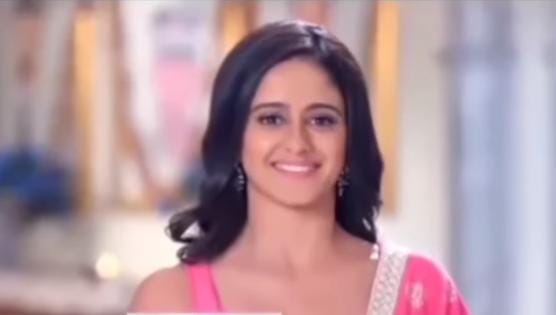 In current track Virat takes Pakhi to a restaurant to make her feel special.

However Pakhi thinks surely Virat has some other purpose otherwise he wont take her out on a date casually.

Virat denies of having any such intentions. He then asks her if she is okay with Vinayak calling Sai his choti mom.

Pakhi says she can't believe Virat brought her here to talk about Sai and her needs. Virat says nothing like that but Pakhi hates his approach.

There Sai keeps on sending reminders to Virat that what he has planned to confess the truth to Chavans.

Later Virat reveals to Chavans that Vikrant was a person who was planted by the opponent political party to ruin Bhavani's political career.

Bhavani says Karishma left no chance to ruin her image. Later Vinayak wins the trophy in the art competition and decides to share it with his mom.

Virat feels now Sai won't hide that she is his real mother.

Ghum Hai Kisikey Pyar Mein: Virat Lashes out at Sai for trying to Claim Rights Challenges to Never give her