Anupama: Anupama challenges Vijayendra, comes up with a solid plan 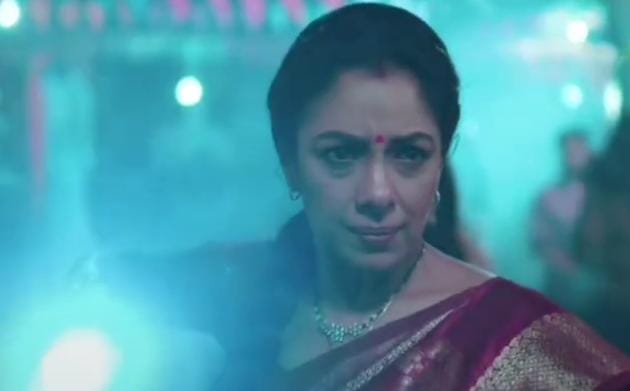 Anupama: Anupama challenges Vijayendra, comes up with a solid plan

Star Plus most popular show Anupama is all set to come up with a high voltage drama in upcoming episodes.

Anupama wants to serve justice to Dimple and she is determined to punish the molestor.

Anuj shows her full support and says he will keep encouraging her for doing the right thing.

Anupama and Anuj share a cute moment in the kitchen before she leaves for Vijayendra's house.

Anupama says she will win this battle with his immense support.

Vanraj gets angry at Kavya and Kinjal

Vanraj gets angry as Kavya and Kinjal want to help Anupama in this fight by going against his decision.

There Anupama barges into Vijayendra's House and warns him to take the culprit to court else she will not spare him for doing wrong to Dimple.

In future episodes she will also gather women with her.

She will challenge Vijayendra and his family by lighting the torches.

Will Anupama succeed in her mission?

The drama is going to intensify in upcoming episodes. We dont want you to miss it!

For more such news related to your favourite shows stay tuned to this place.

Anupamaa: Anupama Gets Successful In Getting The Culprits Punished Pakhi's Drama Begins

Anupamaa: Anupama Gets Successful In Getting The Culprits Pu...

Anupama: Anupama Gives The Warning To Vijayendra Attacks With The Women

Anupama: Vanraj Accuses Anupama Decides To Never Look At Her...

Anupama: Anupama Begs Pakhi To Come Back The Evil Wins Over The Truth Again

Anupama: Anupama Begs Pakhi To Come Back The Evil Wins Over ...

Anupamaa: Pakhi Creates A Huge Drama Gets Successful In Breaking The Shah Family

Anupamaa: Pakhi Creates A Huge Drama Gets Successful In Brea...

Anupama: Kavya And Kinjal Denies To Cook For Pakhi Asks To Feel Ashamed

Anupama: Kavya And Kinjal Denies To Cook For Pakhi Asks To F...

Anupama: Samar Goes Against Vanraj To Protect Anupama And Dimple

Anupama: Samar Goes Against Vanraj To Protect Anupama And Di...