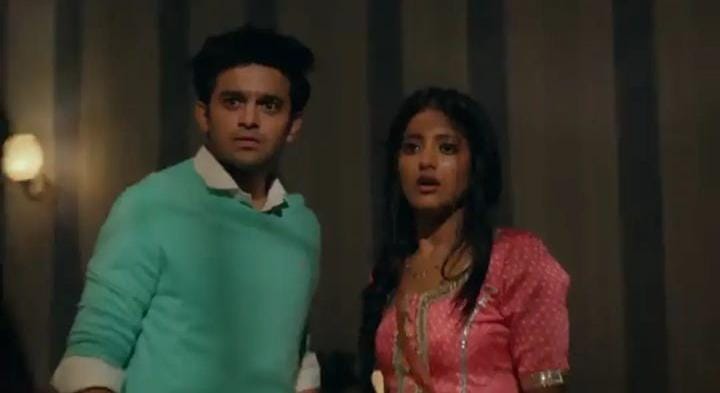 Banni and Yuvan are trying to find the murderer of Vandana and there Tulika is sad recalling her marriage with Kabir.

Yuvan told her to stay away from him and it upsets her even more.

Later, Hemant shows his true colors and it's revealed that he is the real culprit and he only sent the text to Kabir from the unknown number.

He doesn't want Banni to learn the truth at any cost.

He also wants Yuvan to suffer.

He had past grudge against Vandana and that's why he killed her.

There Yuvan and Banni find Vandana's mannequin in a house while chasing the mysterious person.

She questions Rathods as to who is responsible for Vandana's murder.

Hemant acts innocent as if he has no idea what they are talking about.

Why did Hemant kill Vandana?

That will be interesting to watch.

The drama is going to intensify in coming episodes, we don't want you to miss it.

For more such news and gossips stay tuned to Latestgossipwu.com

Banni Chow Home Delivery: Banni and Tulika are determined to find the killer of Yuvan's mother

Banni Chow Home Delivery: Banni and Tulika are determined to...