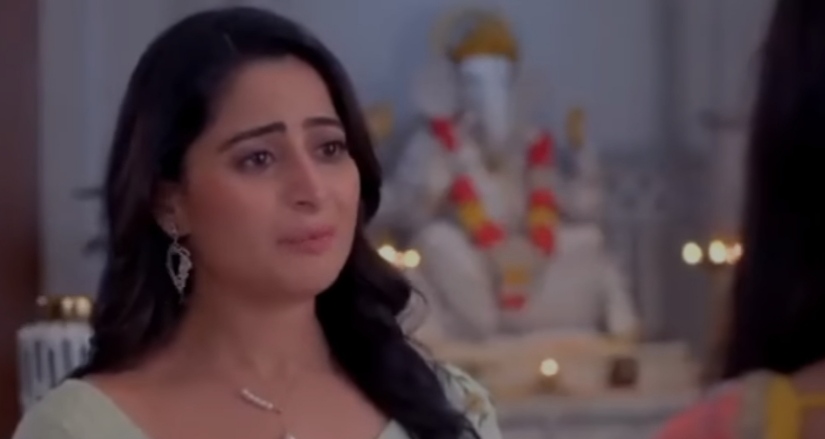 Recently We have seen Virat is in dilemma with Bhavani's decision to make Sai Surrogate but says nothing as the Doctor starts the procedure. Sai who comes there with Geeta gets shocked.

Sai breaks down with Virat's betrayal as he hasn't stopped Pakhi from becoming the Mother.

Further Sai accuses Pakhi for becoming the Surrogate without her permission because of which she pretends to be Heart Broken.

Sai denies to accept that someone can be soo Heartless while Pakhi is smiling inside because of Sai's breakdown.

Further Pakhi decides to turn the whole Family against her and plays her trick of leaving the House.

Pakhi accuses Sai for being soo insensitive towards her and tells Bhavani that Sai always hated her. She further warns the House.

She tells Bhavani that Sai hates her and she don't want to see her hence to give her Peace she will leave because of which Bhavani rebukes Sai for being ungrateful.