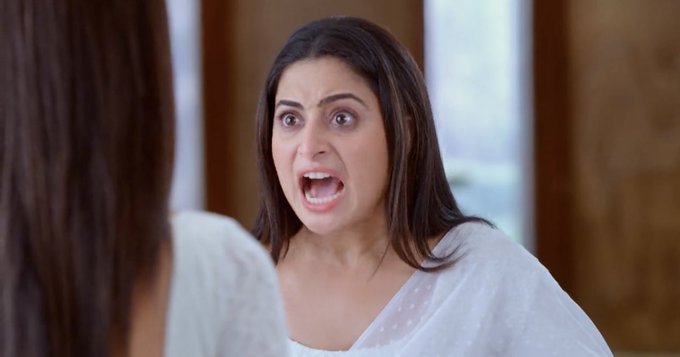 In the Upcoming track of the most popular show is from Star Plus Ghum Hai Kisikey Pyar Mein is gearing up for many interesting twists and turns.

In the Past Episodes We have seen that Sai when goes to bring Geeta back, she gets attacked by the thieves and loses her consciousness because of which the Doctor gets furious. Bhavani brings Pakhi for Surrogacy.

Sai fails to stop her becoming Surrogate Mother as Pakhi gets successful in her intentions. Pakhi silently Celebrates her Victory in her Mind.

Sai gets furious with Virat and everyone else for letting it happen. She shouts at Pakhi for becoming the Surrogate even after knowing that she don't want her to be one.

Pakhi gets furious at her and accuses her for her Ill Fate. She tells her that she is reason for Samrat's Death and everything that went wrong in her Life.

Later she warns Sai to be in her limits and talk with her with Respect instead of being a brat with her.

For the most Exciting and Latest Updates of your favorite shows, Stay Tuned to Latestgossipwu.com.