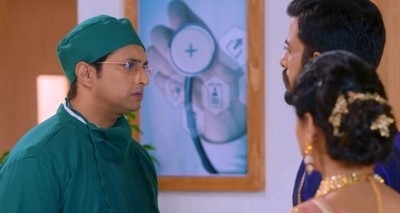 Virat is broken seeing Sai in such a state while here he had no one's sympathy.

Devyani blames Virat and Pakhi for Sai's this state as she left Chavan house because of them.

Even Pulkit blames Virat and says that he don't need to be concerned for Sai as he will take care of her hereon.

Virat is shattered but has no justification and here Samrat also bursts at Virat after seeing him with Pakhi.

Virat is facing a trouble time where Samrat, Devyani and Pulkit are totally against him and he is praying for Sai.

What fate awaits Virat and Sai's relationship next and how will he be able to handle the situation ahead.

GHKKPM: Virat's prayers gets answered Sai out of danger

GHKKPM: Sai Virat's reunion slips off the land beneath Pakhi

GHKKPM: Sai's astounding decision to return back to Virat