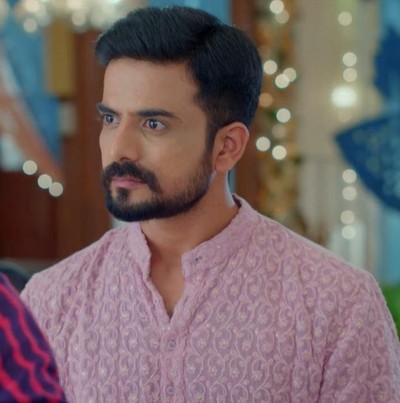 Pakhi had always been against Sai and just wants Virat, Sai to part away so that her way clear.

Pakhi and Sai's thus at war behavior isn't liked by Samrat and he had always spoken against Pakhi.

While this time it's going to get worse as here Sai had a bitter accident and she is fighting for life.

Virat is taken a back and is destroyed with this and sheds tears for Sai and Pakhi doesn't like it at all.

Here Pakhi speaks against Sai and says that she is responsible for what had happened to her and Ashwini is disgusted hearing it.

Ashwini doesn't say anything as it isn't a right situation while Samrat lashes at Pakhi's such a spite behavior and asks her to leave.

GHKKPM: Virat petrified with Sai's state blames self for disaster

GHKKPM: Pakhi blames Sai for her own accident Samrat shouts

GHKKPM: Virat shattered doctors give up hope on Sai

GHKKPM: Virat gives up on Sai for her well being

GHKKPM: Pakhi competes with Sai to get more praise amid Ganesh Chaturthi