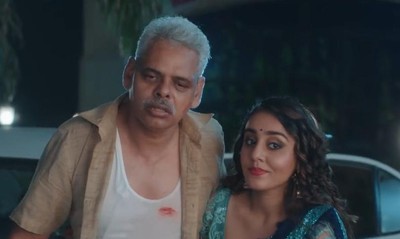 Rudraksh and Preesha's life seems to get complicated and nothing seems to work.

Here Preesha is shocked as how her father is character assassinated and now he has to get bail.

Vasu sells off her jewelry to get money and bail out GPS, while Ahana makes an order to Rudraksh.

Ahana asks Rudraksh to not let GPS get bail and here Rudraksh thus uses cheap move for it.

Rudraksh steals the bag from Vasu and thus leaves her with nothing to bail out GPS.

Rudraksh feels guilty and had over it while here major dhamaka is yet to be awaited.

Will Preesha be able to bail out her father and what more twist and drama is awaited next.