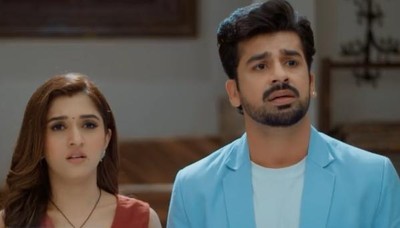 Paritosh and Kinjal are planning to leave Shah house and here Paritosh this time is determined.

Rakhi adds to the drama and convince Paritosh to do something and leave the Shah mansion.

Rakhi asks Paritosh to plan something either emotionally blackmail Kinjal or pressurise Anupama to kick Kinjal out.

Rakhi don't want Kinjal to suffer anymore because of Shah family and the daily drama that unfolds there.

Paritosh promises Rakhi to do something and convince Kinjal, what is Paritosh planning and what more drama will it unfold next.

Anupama: Anupama warns Kavya to not challenge a mother