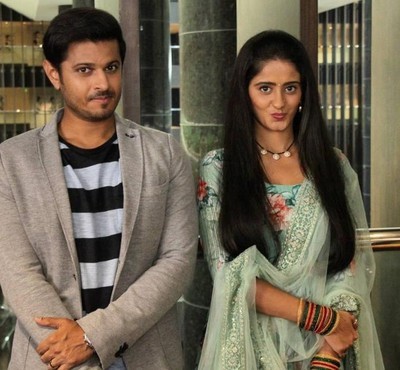 Virat and Sai's life is getting complicated and here Sai brings out the shocking truth out.

Sai expose Virat and Pakhi's affair and how they used to love each other and wanted to be together.

Sai exposes the reason why Pakhi is so much interested in Virat and her personal life.

While here major crisis unfolds ahead as Virat refuses to give any justification on this and keeps silent.

Virat refuses to give any justification on Sai's allegations and is hurt seeing what she is doing.

Ashwini tries to stop Sai while Pakhi and Bhavani bursts at Sai for ruining the environment of the house and always been creating drama.

GHKKPM: Virat takes pledge of no love for Pakhi

GHKKPM: Sai hands over Virat to Pakhi moves on