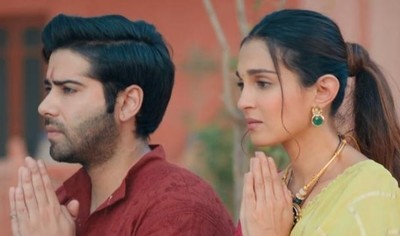 Dhara and Gautam were trying to tell truth to Suman about family partition while here Suman learns it through Rishita.

Suman is teary eyed seeing how Dhara had heated up Shiva and Krish and she loses her cool over it.

Suman loses her cool and stops Dhara from being part of the maha pooja and asks her to leave.

Suman calls Dhara's brother Hardik to take her away, Dev, Shiv and Krish tries to stop it.

Dev, Shiva and Krish asks Suman to not punish Dhara for the mistakes they have done and Suman isn't ready to listen.

Anita is happy seeing her task getting easy as Dhara is leaving Gautam's life and here Suman justifies her motherhood.