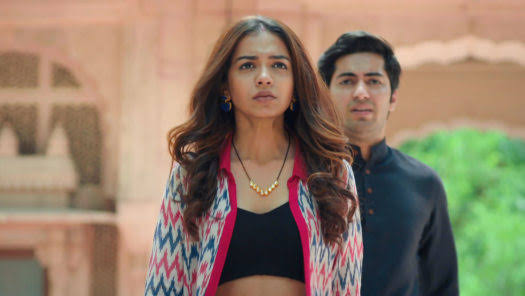 Dhara and Gautam hasn't yet able to tell truth to Suman while Rishita reveals it to Suman.

Suman was fine as how Dhara teach lesson to Shiva, Krish and others and she is happy with it.

While here Rishita unveils how Dhara beat up Shiva and Krish and this ignites Suman's anger rage.

Suman thus bursts and asks Dhara as who gave her rights to beat her kids and Dhara is speechless.

Dhara knows that Suman is angry and here Suman asks Gautam to call Dhara's brother Hardik and ask him to take Dhara with him.

Gautam, Krish, Shiva, Dev, Raavi all are shocked at this and couldn't say anything.

What drama awaits ahead and will Dhara have to leave Pandya house although Shiva and Krish tries to stop Suman from taking this decision.

Pandya Store: What! Dev to end relationship with Rishita