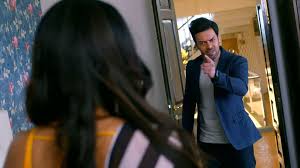 Preeta and Karan are suffering because of Akshay's murder mystery and for what all happened.

Preeta is taking a dig at this murder mystery as he wants to find truth and prove Karan's innocence.

While Sherlin makes a confession that she killed Akshay as he was blackmailing her.

Prithvi is shocked to know the truth and now they tries to hide the truth more and don't want it to come out.

Prithvi and Sherlin don't want this mystery of Akshay to get out and Preeta is taking a dig.

Let's see who will win this game and will Preeta be able to find the real culprit and what more drama awaits.