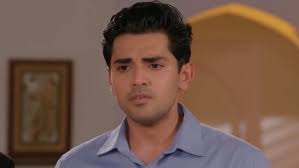 Gehna and Anant had face off as now Anant is trying to end the drama of Radhika and Gehna's fight.

Anant thus demands divorce from Gehna and wants to move on in life with Radhika.

Desai family is against it and stops Anant but he is determined, Gehna refuses to sign divorce papers.

Anant thus use this as catalyst for his next drama where he tells Radhika to die with him.

Anant says that either he will live with Radhika or will not live, Anant thus takes Radhika to terrace and asks her to die with him.

Radhika is stunned at this and denies to die with Anant and also declines love for him.

Saath Nibhaana Saathiya 2: Whom will Anant choose Radhika or Gehna?