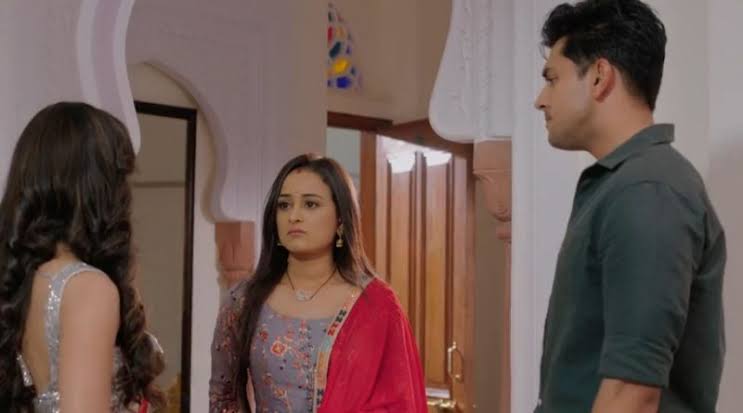 Gehna and Anant had a clash as here Radhika adds drama, Anant scolds Gehna for putting ugly allegations over Radhika.

Gehna knows that Radhika had played her game well and made her go wrong infront of Anant.

Gehna thus apologize to Radhika infront of Anant and Anant appreciates her for this.

Gehna is doing this to not let Anant go against her as Radhika wants the same while she now plays masterstroke against Radhika.

Gehna is prepared to play game in Radhika's way and defeat her the way she is playing it.

What more twist and drama is awaited ahead and how will Gehna defeat Radhika in her own game.