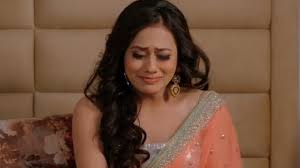 Radhika is after Anant and wants him at any cost and is ready to anything, Radhika is already creating much ruckus.

Radhika is after Anant and here Gehna is trying to flop Radhika's attempts but fails drastically.

Gehna fails drastically as Anant lashes at her for putting allegations over Radhika.

While Radhika is ready for her next stroke where she intoxicates Anant and gets him unconscious.

Radhika gets closer to Anant and clicks some pictures of them in such moment and now Radhika blackmails Anant over it.

Radhika pressurize Anant to marry her to save her reputation in society as these pictures will malign her image.

Will Gehna let Radhika get successful and will Anant leave Gehna to save Radhika.