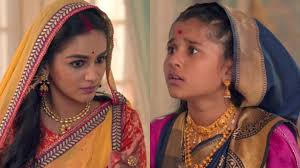 Bondita and Anirudh are having relationship issues as Manorama is part in their lives.

While now a grand party is organised at Viceroy house and here Manorama is giving responsibility to blast the bomb.

Manorama is a freedom fighter and thus she is all set to execute her plan to blast the bomb and the party.

Bondita learns about Manorama's this plan and flops the plan as she exchanges the jacket which has the bomb.

Bondita and Manorama's bitter face off

Manorama heads on stage and was about to blast the bomb but fails as Bondita has exchanged the jackets.

Will Manorama agree to it and what more drama and chaos is awaited ahead.