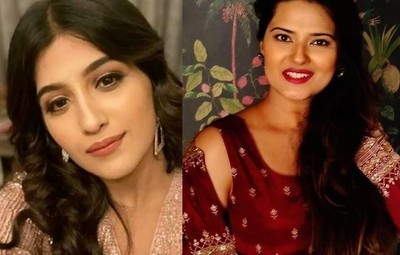 Choti Sardarni is one of the famous and most popular show of Colors Tv where upcoming track of the show will showcase major twist ahead.

Previous track of the show was dealing with track where Mehar’s demise has been shown where Sarbjet gets broken into pieces and Kulwant kaur blames herself for entire mess.

Not only this, Sarbjeet blames Sandhya for all and throws her out of house but later brings too for sake of Sehar.

Nimrat Kaur Ahluwalia aka Mehar re entry ahead in show

As per sources it is confirmed that Nimrat Kaur Ahluwalia aka Mehar who has taken break from show will be back soon.

Where Sandhya aka Kratika Sengar also added that her cameo was planned and she will mark exit with Mehar entry.

It would be more interesting to see what will happen next in show.

Till then stay Tuned with us for more updates and exciting updates for your favourite shows.

Choti Sardarni: Sandhya running away from her own family Meher in trouble

Choti Sardarni: Sandhya isn't a well wisher but an assassin Meher in danger