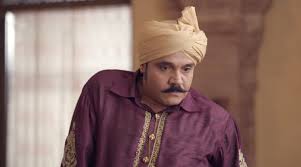 Uday, Radha and Brij's relationship has got complicated over the time while now the reality strikes.

Brij gets a reality check that he thought wrong and wasn't right how he thought of Uday and Radha.

Now Farukh kills Brij as he plans to kill both Uday and Brij while he fails to kill Uday as he manages to make an escape.

Brij at his last breathe asks Uday to take care of Radha and now leave her all alone as she had no one other than him.

Uday promises his father that he will take care of Radha and will not let anything happen to her, while Farukh will soon captivate Vashma and Radha and things will start to go to worst.

KUDCA: Farukh all set to marry Amrit Randhir gets in action