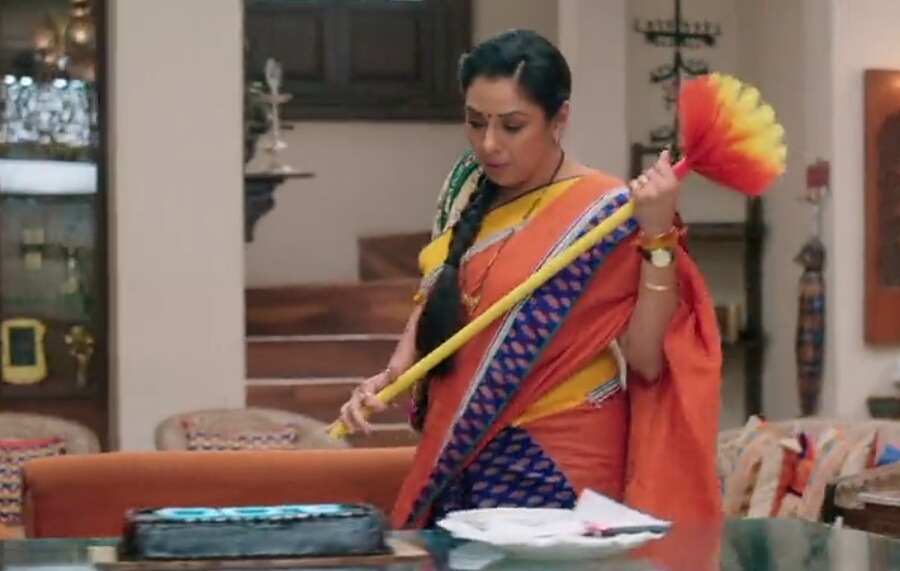 Anupama: Kavya (Madalsa Sharma) gets back on a mission to seek revenge on Anupama (Rupali Ganguly) and Shah family

Anupama and Vanraj gets a shock where they see Pakhi back and Pakhi gets a major shock as Kavya is at Shah mansion.

Pakhi leaves Shah mansion upright and takes decision to not return back until Kavya is there.

Vanraj, Anupama are in state of dilemma and doesn't know what to do up next.

Anupama now asks Vanraj to make a call as Pakhi is not ready to return to Shah mansion until Kavya is here.

While Vanraj and Anupama had to take the tough call of asking Kavya to leave and here Kavya is super irked.

Kavya now takes oath to kick Anupama and Shah family out of Shah mansion and seek revenge on them.

Anupama: Samar's (Paras Kalnawat) promise of own house for A...

Anupama: Pakhi manages to kick out Kavya from Shah mansion

Anupama: Bapuji refuses to hand over Shah mansion to Vanraj ...

Anupama: Kavya's (Madalsa Sharma) evil side to come forth, V...