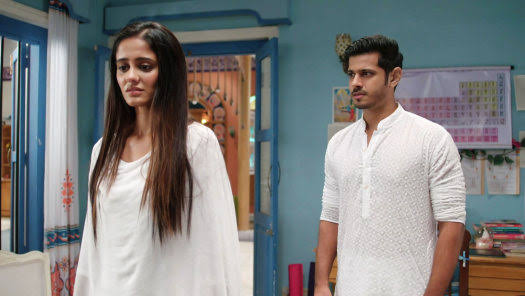 Star Plus popular daily soap Ghum Hai Kisi Ke Pyaar Mein is gearing up for major twist in the story.

Virat and Sai will be married although Sai refuses but this time Virat refuses to take any chance.

Virat and Sai's togetherness isn't taken well by Pakhi as she felt betrayed and now she comes to Sai and accuses her for trapping her Virat.

What more drama and dhamaka is awaited ahead and how will situation change.