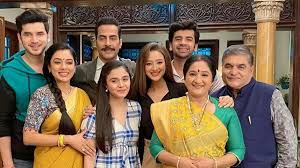 Television is the most versatile platform where it's unpredictable to think what audiences may like or dislike.

In the race of television and daily soap Anupamaa has managed to bag a clear victory.

Star Plus show Anupamaa has became the most watched television show and has garnered highest trp.

The show is already going good since it's inception while now everything seems to work best as it has topped the trp charts.

The fourth position is the new entry that is Choti Sardarni which was out of top five list for a while and now has marked return.

Last but not the least is Tarak Mehta Ka Oolta Chashmah, do leave your views about the trp ratings.

List of Top 10 shows (TVT Ratings) across the TV channels of...