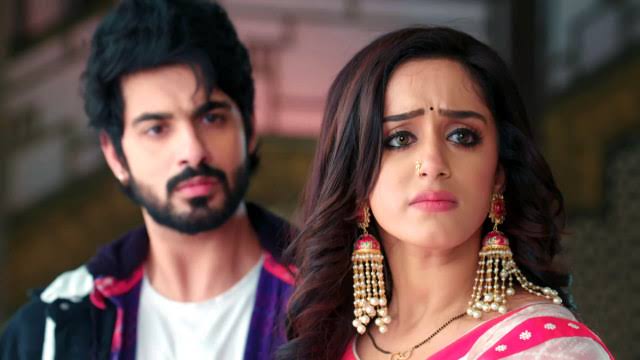 Star Plus popular daily soap Yeh Hai Chahatein is up for intense drama and twist.

Rudraksh and Preesha's differences are going on and Keerti takes advantage of it to enter Rudraksh's life.

Keerti not only impress Rudraksh but also Khurana family and becomes part of their family.

While here Yuvraj learns that their is something fishy about Keerti as she has revenge motive behind entering Khurana family.

The story will take major turn when Keerti who was trying to kill Khurana family will be killed.

Yes Keerti will be murdered and Rudraksh gets blamed for it and all proofs points against him.

Rudraksh and Preesha are taken a back as Rudraksh gets arrested and now major dhamaka is to unfold as Preesha will try to rescue Rudraksh.

Will Preesha be able to save Rudraksh and Rudraksh is puzzled to see that Preesha is doing all this even after what all he had done to her.