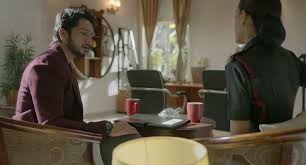 Shravan and Suman are at war and Vikram finally sees their differences and hatred.

It took no time for Vikram to realise that they shared a close bond in past which is the reason of their pain and bitter enmity.

Suman just wants justice for her father and is getting rude and here Shravan is also actibg tough but both are in pain.

Vikram now takes decision to dig out past and what he learns was shocking, Vikram learns about love and runaway from family.

Vikram now analyse Suman and comes to the conclusion that she still has that love feeling for Shravan which she is trying hard to hide.

Vikram confronts Suman over it and Suman declines and Vikram very well knows what truth is.