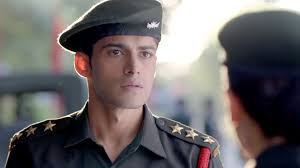 Shravan and Suman's life seems to change completely after 7 years and now they are at war.

Shravan and Suman are fighting the case against each other in the court and here Suman just wants Devraj to be punished.

Shravan is fighting case to shield his father and prove his innocence while Suman has already assumed him as culprit.

Shravan and Suman's war shocks Vikram as he knows both Suman and Shravan and how they are totally different infront of each other.

Vikram thus decides to question Suman over her changed attitude for Shravan and why she hates him so much.

Vikram wants to know truth about Shravan and Suman's past and their bitter chemistry of today.

» Ek Duje Ke Vaaste 2: Who will win the case Shravan or Simran?