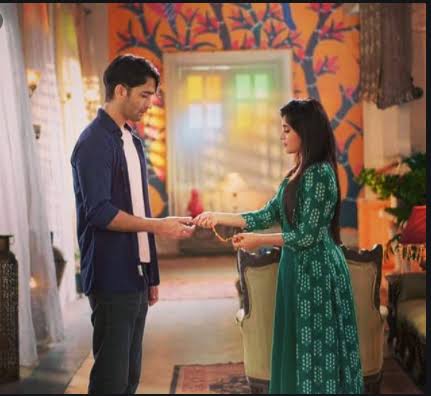 Abeer and Mishti are on cloud nine to be parents and are happy, Abeer's dream has came true.

Abeer and Mishti are still worried for the baby as he is in hospital, while Mishti gets a call and rushes to hospital.

While here they gets a good news and Abeer, Mishti gets their baby home and here Meenakshi and others are overwhelmed.

Abeer acts cold to Meenakshi although Mishti makes all kinds of attempts to sort their differences.

Abeer and Meenakshi's patch up

Abeer and Meenakshi's differences are still there and Abeer refuses to forgive Meenakshi.

Here Meenakshi now risks her life to save the baby and puts herself in danger and thus Abeer takes care of Meenakshi and shows concern for her.

Will this bring Abeer and Meenakshi's patch up, stay tuned for more exciting updates only on entertainment news website latestgossipwu.com