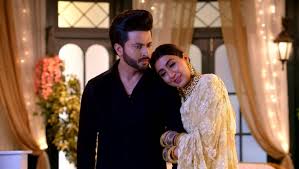 Preeta gets kidnapped by evil Pawan and that too for the purpose of getting her married off to Prithvi.

Preeta gets a shocker of life as she learns about Prithvi's evip deeds and now she makes a promise to herself to make a runaway.

While Pawan is not that easy cup of tea and here major chaos unfolds as Karan learns about Preeta missing.

Karan learns that Mahira had taken her place and thus he fears for Preeta and Mahira tries to stop him.

Mahira tries to stop Karan and asks him to let it be as he got rid of Preeta while Karan lashes at Preeta and rushes for the rescue of Preeta.

What more twist and drama is awaited ahead, stay tuned for more exciting updates only on entertainment news website latestgossipwu.com