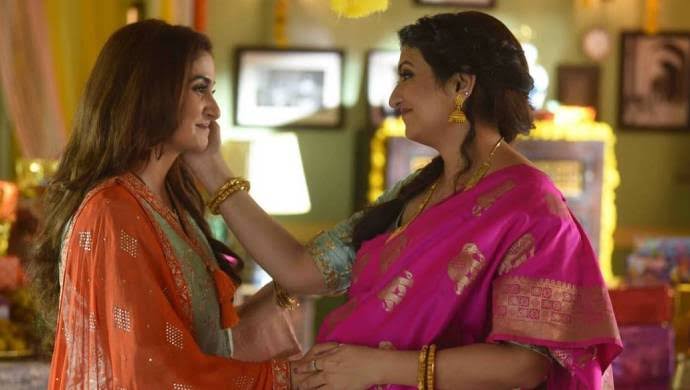 Zee TV is coming up with all new show Hamari Wali Good News which is a based drama.

Hamari Wali Good News is about Tiwari family who is happy and are together in every circumstance.

Juhi Parmar and Srishti Jain will portray character of Renuka and Navya who are saas and bahu.

Navya and Renuka shares a totally different bond of mother and daughter and will showcase a different side of that relationship.

Navya and Renuka's equation is such that a mother-in-law will turn surrogate for her daughter-in-law Navya.

Renuka will take charge to give that happiness of motherhood to Navya and will set an all new example of love and relationship.