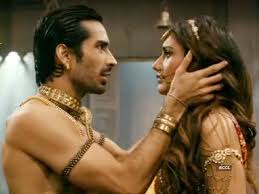 Colors supernatural drama Naagin 5 is gearing up for intense drama which is eagerly awaited.

Bani and Jai finally decodes the secret to their bad dreams and real meaning behind it.

Jai and Bani thus takes charge to fulfil their sole mission of revenge against Veer while it is not that easy.

Veer will also charged up to put things his way, Bani will realise her power of being an Adi naagin.

Bani will thus open war against Cheel Veer to seek revenge of death and brutal murder.

What more challenge is awaited ahead as it is going to be an open war which will take ugliest turn.

Will Bani be able to accomplish her revenge, stay tuned for more exciting updates only on entertainment news website latestgossipwu.com