Anupamaa: Samar turns Anupama's strength to fight against the world 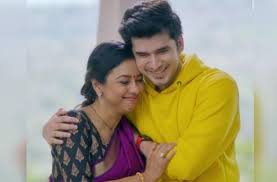 Star Plus is coming up with its all new show, it is a Rajan Shahi show which will rock the television screen.

Rajan Shahi is known for its intriguing stories and how he makes the character become part of audiences life.

Anupamaa is a story of a housewife who faces all challenges and takes all pain for her family.

Anupama's character will be played by Rupali Ganguly who is well known for her role in Sarabhai vs Sarabhai.

Anupama will face new challenges and here her son Samar will turn strength for her.

Samar will turn support for Anupama when she decides to fight against her own family and stand up for herself.

Anupamaa: Anupama's fight of self respect against Vanraj and family

Anupamaa: Anupama's (Rupali Ganguly) fight of self respect a...