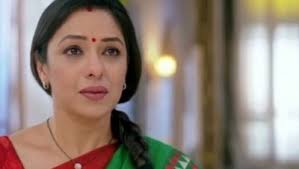 Star Plus is coming up with all new show Anupamaa, which will launch on 13th July.

The first promo of the show is released which focuses on the life of Anupama and how she does everything for family.

The star cast of the show includes Rupali Ganguly and Sudhanshu Pandey, while Paras Kalnawat will play Anupama's youngest son.

Anupama is facing identity crisis in her own house and Vanraj has no respect for Anupama.

Anupama does everything for everyone but doesn't get anything in return not even respect.

Thus Samar takes stand for his mother and asks Anupama to fight for herself nor her plight will never change.